Portrait of the Director of the IUEWT - Sifu Olbers

,For 30 years we do set the benchmarks regarding
the teaching quality of Wing Tsun and Escrima'

...is the leitmotif that the former school team around Dai-Sifu Olbers developed in the past and is now more than ever striving to bring it to even higher quality levels on a daily basis. By doing that the quality level reached in the past is a consistant basis for the aim at the future international standard.

Apart from that this leitmotif is a mutual vision that establishes tight bonds within the present association of the IUEWT, which at present extends over Germany and France:

,We are setting benchmarks regarding the teachings of Wing Tsun and Escrima'.

Out of this vision the most basic rules of the association are evolved: team spirit, willingness to create things, motivation, team operational abilities, ability to adjust, willingness to learn, etc.. If only one member is missing one of the aforementioned features it is not our philosophy to leave the weak alone on himself but instead the team is supposed to lift him up to a level where he can work with his teammates as peer. The prerequisite for this is the willingness to be open to new things. Only by this it is possible to keep a constantly high level of quality and even further evolve it.

Who does not know Alexandre Dumas' fiction of the Three Musketeers - all for one and one for all! This sounds pretty pathetic but even today it is a top modern tool of leadership which today sounds more like: the serving leader, who leads from the front!

But what does this mean? The then school team around Dai-Sifu Olbers was established on this train of thought in order to be able to withstand the ever increasing competition. Because the martial arts of Wing Tsun and Escrima are traditionally aligned with firm hierachies from the past an ever increasing competition brings the need for an adjustment of the leadership style but without levering the traditions on the basis because they are unseperable tied to martial arts as their own form of identity. Today's approach of the association is the one of the minimal tradition.

Like this the Sifu in the IUEWT is certainly the teacher, person of respect as well as a visionary for his field, but in other daily fields of teaching and business he arrays himself as a team peer towards necessary measures so as to give an impetus into projects and plans and by this having them driven forward and bringing them to a success for the realization of the common vision. The demand is broken down towards each single team member so that even small regional working teams show the same professionalism and by this a way of common resemblance. Simultanously the even structured methods for each team member are supposed to leave big space for creativity and individual projects so to foster complacency and bring up a well rounded instructor.

Who will profit from all this?

1. Firstly each single student - only a complacent instructor in a well functioning team can encourage his students to top achievments.

2. The instructor himself - only when an instructor can reach his self implemented goals with the team then he will be a reliable factor for the whole team - a chain is only as strong as its weakest member.

3. The IUEWT as the covering organ, which according to the above stated model is giving an impetus to the whole school team and is thereby helping to bring itself again as the supreme team 'IUEWT' closer to the aimed vision. This method is even publicly acknowledged as leading by competing associations which in today's time of competition and displacement is a well worth mentioning as a positive recognition for the whole school team.

Should You have any interest of applying for a membership in our association as a normal member, instructor or school leader we are looking forward to Your email contact at: mitgliedsverwaltung@iuewt.com

Regional liscence:
Regional liscence - right to use the Trademark name and logo, including a defined area exclusivity, no exceptions regarding national institutions like police etc. in other regions in order to contain any internal disturbances right from the beginning.

Per 100.000 inhabitants = 1 area liscence - all inclusive for Wing Tsun, Escrima, the Internet appearance on the association site for 80,- ; monthly. Smaller areas can be enlarged according to written amendments. The amount for area liscences in huge crowded areas are not going to exceed a certain number in order to give everyone a realistic chance to develop his area. Areas are not supposed to stay undeveloped in order to contain speculations. Who is going to subscribe an new area liscence is paying the fee after the first ten enrolled students or at least after one year.

National liscence for whole nation: has to be negotiated with the applicant

Four (4) technician or instructor levels in Wing Tsun and Escrima. The preparation times are to be taken from the program overview tables.

Master levels are still in the conception phase.

Seminarprices:
Wing Tsun or Escrima: 50,- ; including a students grading test, double grading test on one occasion 60,- ; Family offer starting from three siblings or one parent with two children: per person - all in 30,- ; until the age of 18. Double grading test each 40,- ;. School leaders are eligible to accompany their students to grading test semainar for free participation which is not transferrable to other instructors. If the school leader is bringing a list of the already preregistered students for the grading test and has gathered the fees they receive an administrative commission of 10% of their party list.
This commission is not tranferrable.

There will be 3-4 big grading test seminars in Mülheim, Germany each year. In foreign countries this has to be agreed upon with the club managers at place.

seminar location for instructor seminars is Velbert. Further infos through Sifu Schuessler. There will be two seminars on a one day ocasion so there is the possibility to pass the intsructorship liscence in two days. In case of an already obtained instructor certificate it is only nessecary to visit one of the two seminars - free of acharge - or both of them if desired. One mandatory seminar will be registered in the passport. 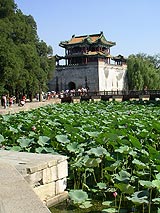